The graph below shows the employment level – the number of people working in the U.S. according to the payroll survey. You can see that the line has flattened out in the past month. That’s a good thing. 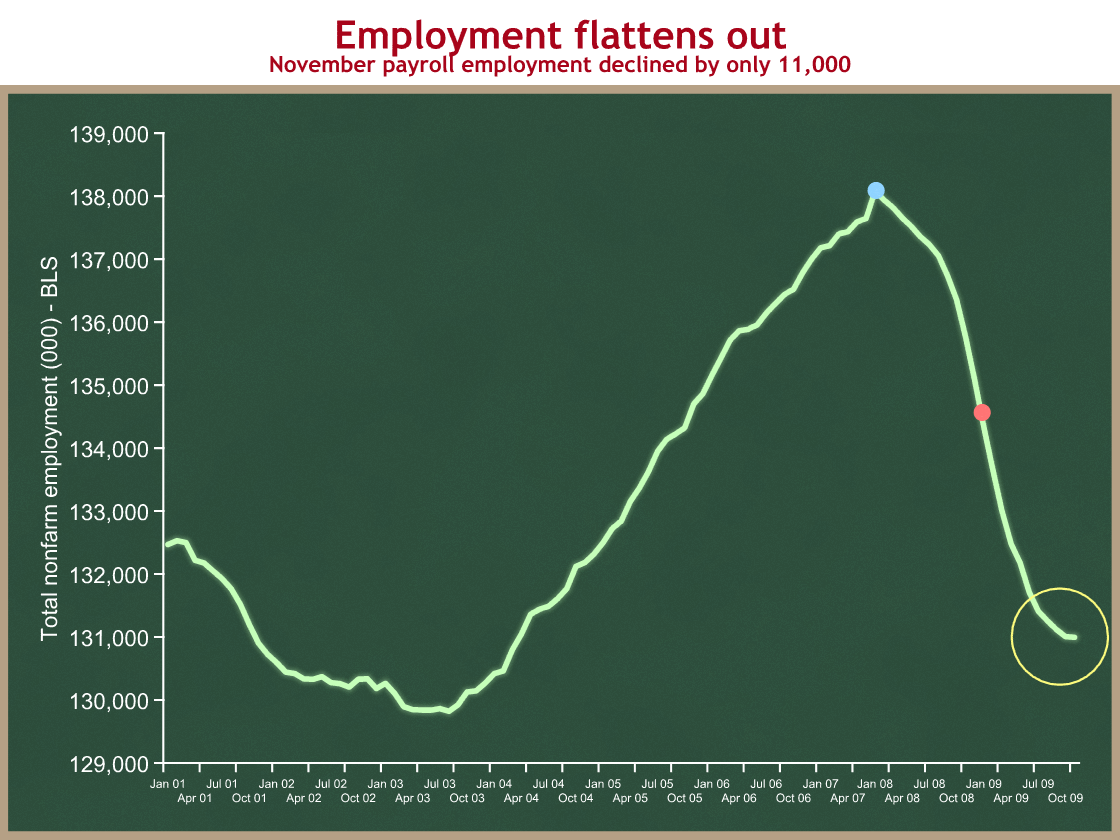 At the same time, you can see how much slack there is in the economy. We’re down 7.156 million jobs from the peak in December 2007 (the blue dot), and down 3.337 million jobs since President Obama took office in January 2009 (the red dot).

Here is the graph for the unemployment rate. You can see the rate has turned down over the past month. That, too, is good news. 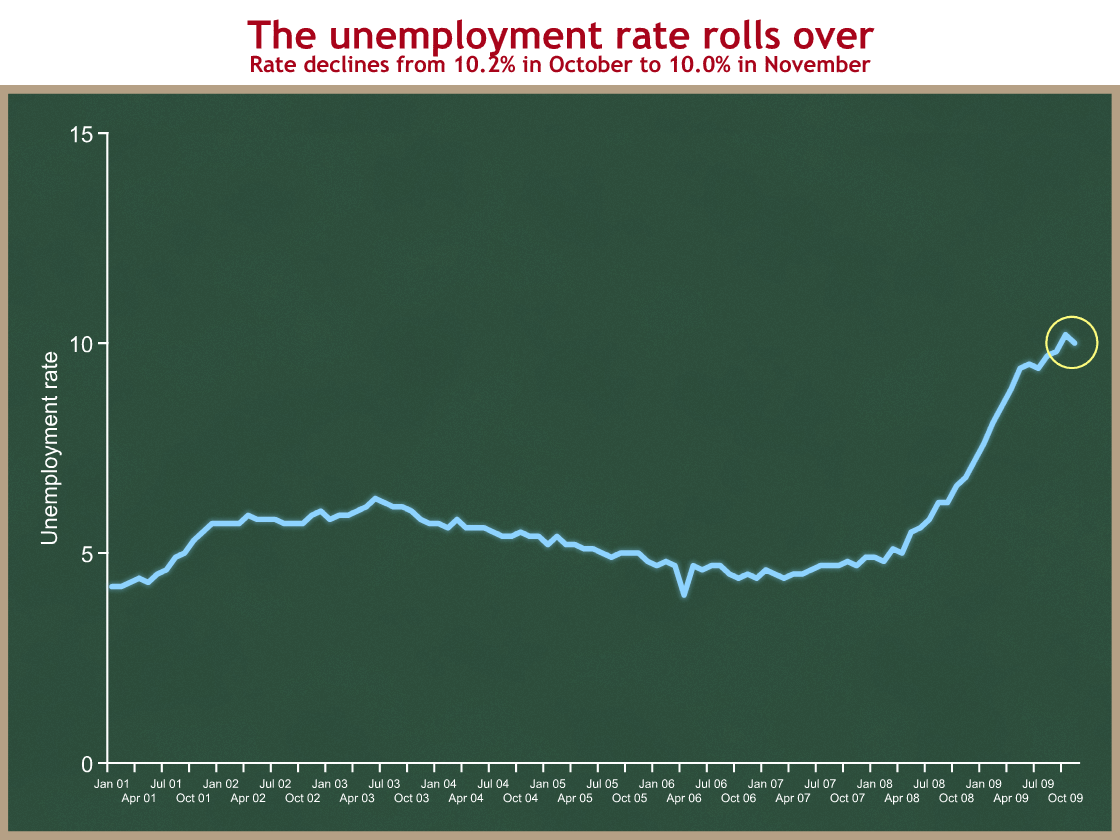 After job growth begins, the next marker is when job growth exceeds about 150K jobs per month. That’s a good rule-of-thumb number for when we should expect to begin to see steady declines in the unemployment rate.

The final marker is full employment. We obviously have a long, long way to go before reaching that point. I use 5.0% as my rule-of-thumb for full employment. With today’s workforce of about 154 million people (in the household survey), we’d need to create about 7.7 million jobs starting now to return to full employment. And since the labor force generally grows over time, by the time we get there it’ll probably be around 8 million above today’s levels. That’s a lot of new jobs we need the economy to create.

I’d like to suggest five takeaway points for you: