Now that we have reviewed how big a bite the government has taken out of the economy over time, let’s examine the competing tax proposals for the near future.

We are using the same graph format as before, in which we measure total federal revenues as a share of the economy. Please remember that even a flat line on this graph means the federal government is collecting more taxes in inflation-adjusted dollars each year. 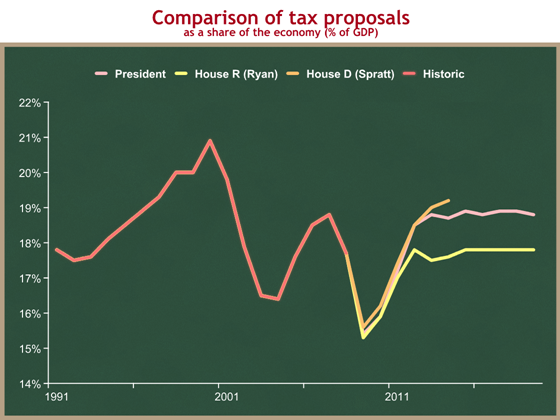 From this graph you can see:

Now let’s compare these proposals to the historic average. I’m a low-tax guy, so I would like to use the post-WWII average of 17.9%. In most discussions, however, the range ends up being between the 50-year average of 18.1%, and the 30-year average of 18.4%. I will include those bounds on this graph, even though my preferred comparison path is a bit lower than the lowest line. 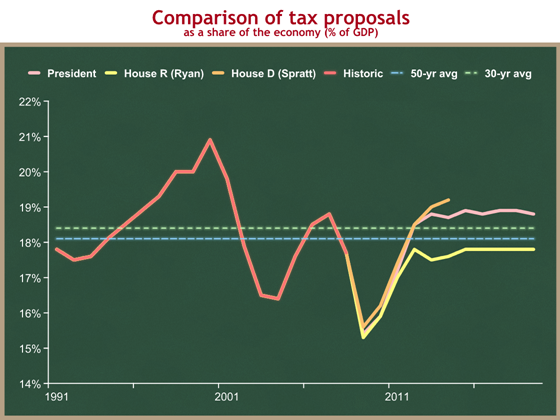 By adding these historic averages, we can see that the House Republican proposal would bring revenues down to a bit below the 50-year historic average. Even under this proposal, the federal government would be getting more inflation-adjusted dollars each year, because a constant percentage still grows in real dollars as the economy grows.

The Obama tax proposal is above the top end of the historic range, and the Democrat House-passed budget is above even that.